Tomorrow, Saturday June 8th, H.R.H. Princess Madeleine will marry Chris O'Neill... and royal wedding fever is descending upon Stockholm. There are some good things to know if you are visiting Stockholm this weekend, whether you want to see the couple, join the festivities or just avoid the hooplah!
Princess Madeleine's older sister, the Crown Princess Victoria, got married three years ago and the celebrations were huge with Stockholm throwing a week-long Love Festival in honour of the wedding. The festivities this time around will not be as grand (as Madeleine is only fourth in line to the Swedish throne), but there will still be enough to see and do to keep royalists happy. The wedding itself will take place in the Royal Chapel at the Royal Palace, located in Gamla Stan, at 4pm and televised live on Swedish TV. It is expected to last until 4:45pm upon which there will be a 21 gun salute (cannons firing from the island of Skeppsholmen). The couple will show themselves at the palace's south gate after the ceremony. Another great opportunity to see them will be during the cortège... and it looks like it will be great weather! The royal couple will be taken by horse and carriage from the Royal Palace (start at approximately 5:50pm) on a short tour around the adjacent neighbourhoods. Click here to see the cortège route. Finally, the royal couple will take a boat from Riddarholmen to the Drottningholm Palace, where a dinner (hosted by the king & queen) will be held. 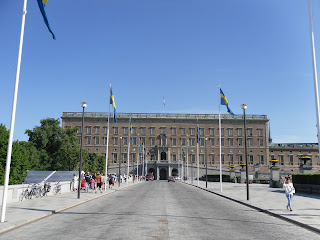 Now, please keep in mind that many streets around the Royal Palace will be closed off Saturday afternoon and evening... best to stick to walking and subways. There may be additional traffic problems on Friday and Sunday as European royalty and foreign dignitaries are shuttled to different parties and events. Keep in mind also that several tourist sites will be closed on Saturday... the Royal Palace (obviously) as well as adjoining museums like Tre Kronor and the Treasury. In fact, the Treasury is closed from June 3rd to 9th. The royal regalia needs to be polished and made ready! The Royal Armoury will be open, though they will close at 4pm. The Drottningholm Palace is closed from June 4th to 11th as it will house visiting royalty... though visitors may still travel out by boat to see the beautiful parks and pavilions. However, be aware that there will be lots of security and limited access! None of the sightseeing busses will be running, neither the Panorama tour or the Hop On Hop Off busses. Hop On Hop Off boats will also not be running. However, the Under the Bridges and Royal Canal boat tours will be running! More information about these tours at Strömma's website. If you are staying at the Rival Hotel... contact me directly for further information! Here is some extra information from the local English language newspaper. 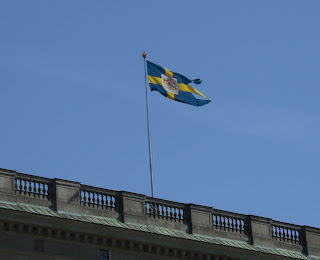