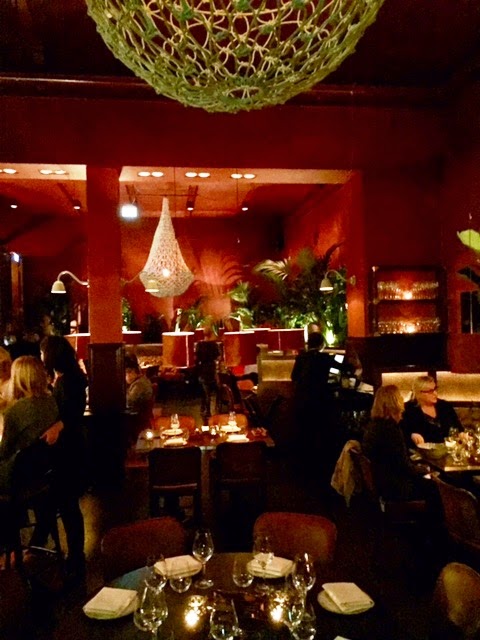 For twenty years, F12 was a popular restaurant in Stockholm. Considered one of the city's best, it was awarded a Michelin star several years in row. So it came as a bit of a surprise when owners and chefs Melker Andersson and Danyel Couet announced last year that they were closing the doors, with plans to reopen in a new form and direction. But it only makes sense that after 20 years they would want to try different things to avoid stagnating. 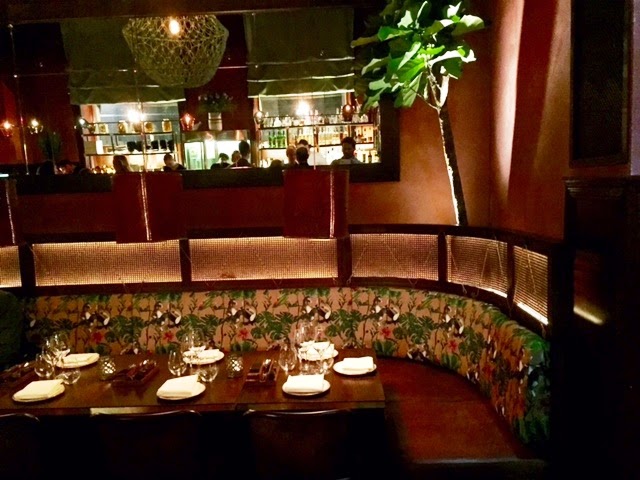 Well, less than 9 months after closing, they have indeed reopened. Same location, but completely different restaurant. The new restaurant is called Público. The idea behind the restaurant is that it should function as a place to spend the entire evening... from pre dinner cocktails to dinner and then to nightclub when the clock strikes midnight.
The menu is a fusion of Mexican and Peruvian cuisines. The interior, with its color palette of terracotta reds, browns, dark wood and touches of gold, gives me almost a feel of Havana. I stopped by yesterday evening with friends to see the changes, have a drink and try some of the food. I am loathe to call this a real review as we didn't eat a proper dinner (just some "tastes"). I also tend to wait a couple of months after a restaurant opens to give it a proper try. I have been part of the opening of a few restaurants and hotels myself and I know that it takes that long for a place to "find itself".
What we did try were the ceviche and tacos. There are 10 different ceviche and 8 different tacos on the menu. We opted for the salmon (with lime, coconut and coriander) and tuna (with green apple, yuzu and sesame) ceviche. Very delicious... I especially enjoyed the tuna. After that, we moved on to the tacos. Three different varieties came to the table: Iberian pork (with chorizo, beans, and mojo rojo), duck leg (with duck liver, apple, cabbage and chipotle) and king crab (with radish, chili and cress). Everyone at the table had a favorite... mine was the duck. 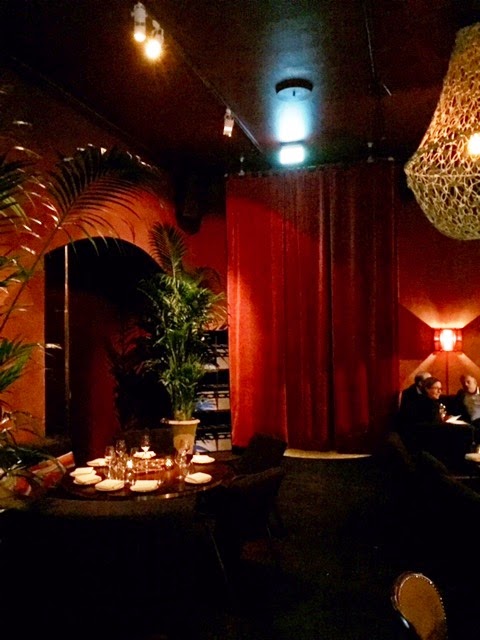 I will definitely be back to try a proper dinner! Though I do like the idea of sitting with friends, a glass of wine and ordering ceviche and tacos until you have had your fill. Very informal and relaxed. Público is located in the downtown area, just on the other side of Gamla Stan from the Rival Hotel. It is either a 30 minute walk, a short bus ride (#3 from Slussen) or a 5 minute taxi ride.
Email Post
Labels: restaurants