What are those funny little squiggles on buildings in Gamla Stan? 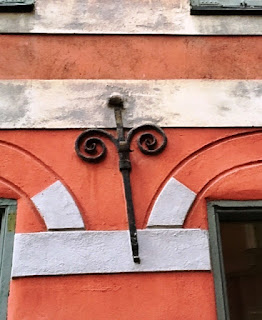 In a follow up to my earlier article about getting lost in Gamla Stan... I thought I would explain what those black metal markings you see decorating all of the buildings in Gamla Stan are (as well as older buildings in other parts of the city). 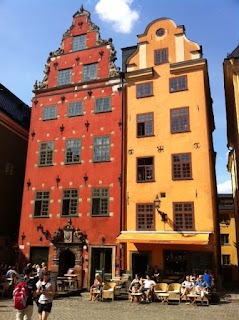 These are called ankarslut or ankarjärnslut ("anchor plate" in English). From the Middle Ages up until the mid 1800's, large wooden beams or logs were used in building multiple story houses and these anchor plates locked (or anchored) the beams in place. If the beams were to shift, the building could collapse. They are often made of cast iron and their dark color makes them easily noticeable against the reds, yellows and oranges of the buildings. 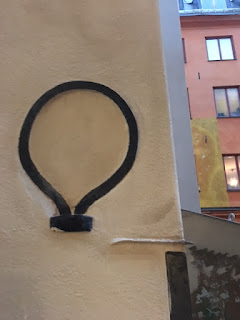 If you have been in Gamla Stan, you will have noticed that these anchor plates come in a wide variety of shapes giving them a decorative quality... everything from straight lines to more cursive shapes. This is where they become especially interesting and you could say that they are a secret code to determine how old the building is. This is due to the fact that different forms were used at different periods through Stockholm's history. In some cases a particular form was only used during a specific decade while other times a form was used over an entire century. Click here and here to see diagrams explaing which forms come from which periods (website in Swedish, but you can see the dates). 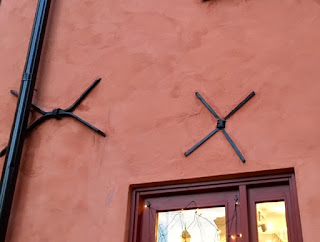 Sometimes you will see buildings in Gamla Stan where the bottom half of the building has one type of anchor plate and the top half another. This is beacuse it was not uncommon to add on stories to preexisting buildings at a later date, so the top half of a building was built in another time period than the bottom. 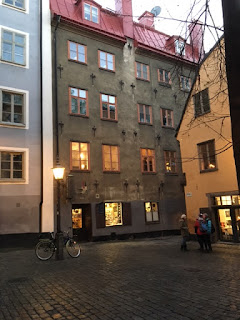 If you see a building in Gamla Stan without anchor plates it more than likely means that the building was built after the mid 1800's. In some cases the anchor plates may have been covered during later renovations, however achor plates have become fashionable and more often than not these renovations have been reveresed to expose the beautiful and decorative plates. 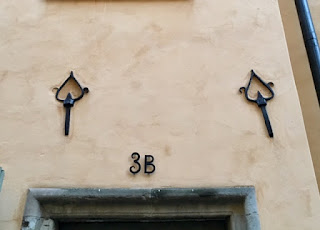