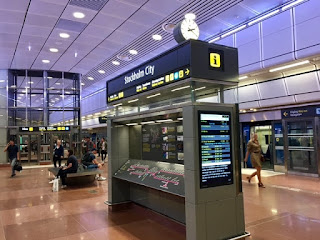 Stockholm is one of the fastest growing cities in Europe with its population expected to increase by 11% over the next three years. This means that the city's infrastructure has to be constantly expanded and improved. One such major improvement has been the building of Citybanan (City Line), a six kilometer long tunnel deep under the city which reroutes the commuter train line away from the regular train lines. Construction started in 2006 and the line finally opened this past Monday! Cost for the project is estimated to land at around 20 billion SEK. 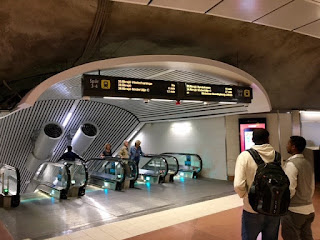 Background: The Central Train Station in downtown Stockholm was completed in 1871 and all southbound train traffic goes across a bridge and through the old town (Gamla Stan/Riddarholmen). This all worked fine when it was used solely by regional/international trains, but since then Stockholm has constructed a large system of commuter trains servicing the suburbs and this has become a bottleneck, especially for the southbound traffic. Expanding the tracks was vetoed by the government due to the historically sensitive buildings in the area. The solution? Reroute the commuter trains deep underground! 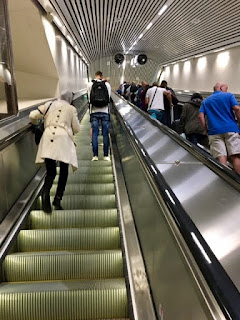 This new tunnel/line includes two new stations. One in the northern part of the city at Odenplan and the main commuter train station called Stockholm City. This station is located under the main subway station T-Centralen, which in turn is under the Central Train Station. It is over 40 meters under street level and the station includes 44 new escalators and 17 elevators. When transferring from trains/subways to commuter trains, just follow the signs for Pendeltåg or Commuter Rail. 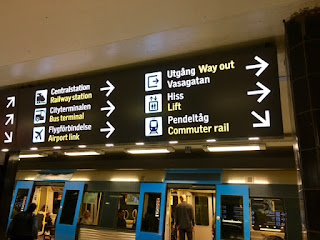 So... as a visitor, when will you be using the commuter trains? Well, these trains can take you to Nynäshamn for the ferry to Gotland, to the new Friends Arena (concerts, sporting events), the new giant shopping center Mall of Scandinavia, to Barkarby for some outlet shopping, the international fairgrounds at Älvsjö (conventions/fairs), a day trip to the city of Uppsala and, more importantly, the Arlanda airport. 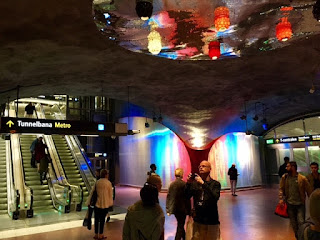 Another reason is just to visit these new stations. They are engineering marvels and are decorated together with 14 new works of art. This ties in to the Stockholm subway system being called the world's longest art gallery. I visited the Stockholm City station yesterday and it was fun just to walk around. Though I would avoid doing this during rush hour! For guests of the Rival Hotel, you can easily catch a commuter train at the nearby Stockholm Södra Station (no changes there). This station is located just four blocks from the hotel. 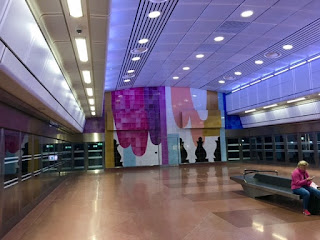