Be Italian at Eataly Stockholm 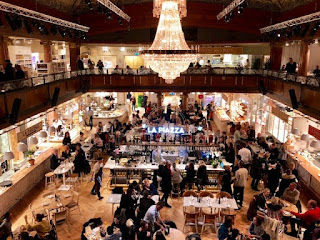 Eataly recently opened its doors here in Stockholm. I had been to Eataly in midtown Manhattan a couple of years ago and loved the concept, so I was looking forward to them opening in Sweden. I have to admit to being a little dense at first and thinking that this Eataly was either connected to the, what I assumed was the original, NYC Eataly (best case scenario) or just a clever copy (worst case). Well, I found out to my chagrin that the Stockholm Eataly is actually one of about 40 around the world (L.A., Chicago, Dubai, Rome, Genoa, Istanbul, Seoul, etc.). I had no idea that it was such a widespread (and obviously successful) corporation. So, if you have been to any of the other 30+ locations, you will know their concept, otherwise... 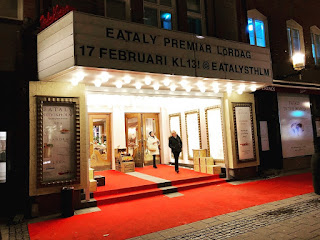 Eat + Italy = Eataly! That formula should give you the basic concept, but it really is so much more. Eataly, at its core, is an indoor Italian food hall... but with extra everything. Under the same roof you will find restaurants, cafés, bars, gelaterias, groceries, food counters, retail items and even a cooking school, all concentrated on Italian cuisine. They even have a bakery, fish monger, butcher and cheese shop. Just don't come here looking for sushi, herring, hamburgers... this is the world of Italian cuisine. 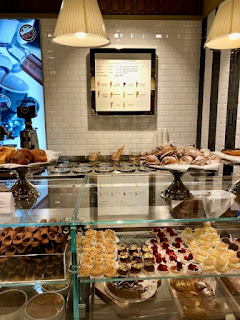 The Eataly I visited in NYC is enormous and that was part of the fun as you could get lost exploring the different areas. We actually returned a couple of times during our visit... once just for ice cream and another time for drinks. I was afraid that the Stockholm location would be much smaller and you would lose that feeling. But I didn't need to be worried! Eataly Stockholm takes up two floors and it is easy to spend some time working your way through and discovering all they offer. The concept and what is offered is the same at all of their locations. 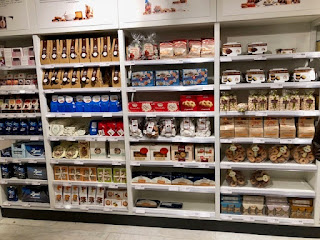 The locale they have in Stockholm is pretty spectacular. It is located right on the shopping street Biblioteksgatan in the downtown area and was once a historic movie theatre called Röda Kvarn (red windmill.. moulin rouge). I remember how many Stockholmers were upset back in 2006 when the historic cinema closed and reopened as an Urban Outfitters (American clothing chain). I have to say that Eataly feels more suited to this beautiful locale than the clothing chain. They make great use of the open space. 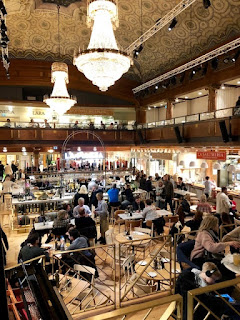 In the center of the building you have La Piazza which, as the name suggests, reminds you of an Italian square, except indoors. This is where the former cinema was located, so the ceilings are two stories high with balconies circumventing the area allowing visitors on Eataly's second floor to enjoy nice views. In the piazza you have the main restaurant, surrounding a large bar. There is another restaurant on the second floor... otherwise you have a variety of more casual eateries spread throughout the locale. 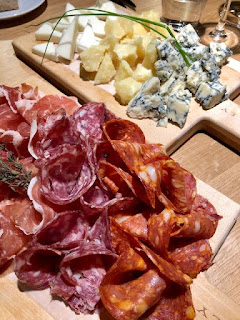 I was there with my fellow Concierge from Les Clefs d'Or Sweden for a tour and dinner. We ate dinner in La Piazza. Very delicious... a charcuterie and cheese plate for the first course followed be a great pasta (passatelli con funghi e salsiccia) and finally (of course) Tiramisu for dessert. It was all very good and paired well with Italian wines. They also offer a wide variety of Italian cooking classes (only in Swedish for now). My colleagues got to try one of the beginner classes yesterday (on how to make risotto) and thought it was a really fun experience. 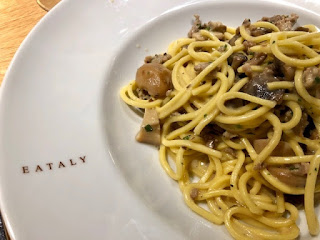 As a visitor, I can definitely recommend stopping by Eataly Stockholm for a nice Italian dinner, to have a coffee or drink and observe the locals or just to walk around and soak up the atmosphere... perhaps buy some Italian delicacies to take home. To get there from the Rival Hotel, it is just a quick subway ride (four stops on the red line to Östermalmstorg, exit to Stureplan). Click here for more restaurant recommendations/reviews! 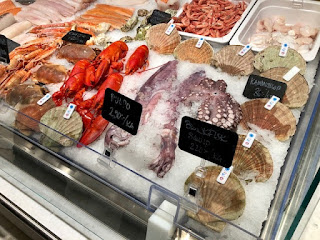 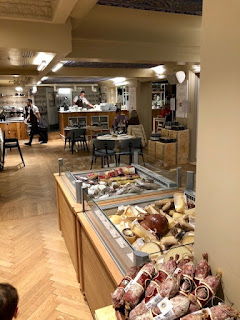 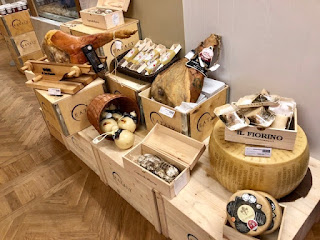 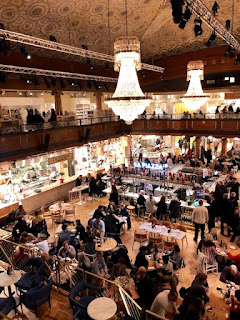 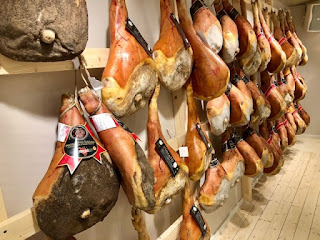 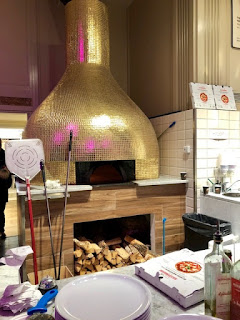