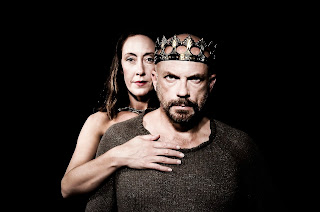 With the exception of opera, a good 98% of theatre here in Stockholm is in the local language... something that seems to surprise some foreign visitors. But the demand for theatre in a language other than Swedish just isn't high enough to justify a "supply" of a permanent theatre. Local theatre goers want to see shows in Swedish plain and simple. 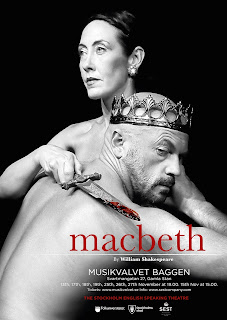 However, all is not lost! There is a theatre company here in Stockholm that regularly puts on shows in English... SEST (Stockholm English Speaking Theatre). SEST has been around since 2010 and has done some great productions, several of them outdoors during the summer months. In fact, I reported on a "Shakespeare in the Park" variation they did in the summer of 2014. But this November they are definitely indoors. SEST is doing a production of Macbeth at Musikvalvet Baggen, which is located in Gamla Stan. Musikvalvet's historic atmosphere (old wine cellar, built long before Shakespeare was born) lends itself perfectly to this play. There will be a total of 8 performances throughout the month. The premiere for this "unluckiest" of plays is on... Friday, November 13th of course. To book tickets, send an e-mail to info@musikvalvet.se. Be aware that you can only pay cash at the door. If you are staying at the Rival Hotel, talk directly with me for more information/directions.
Email Post
Labels: Gamla Stan theater tourist information