Three restaurant articles in a row... I have been obviously eating out a lot lately and trying new (at least for me) restaurants. 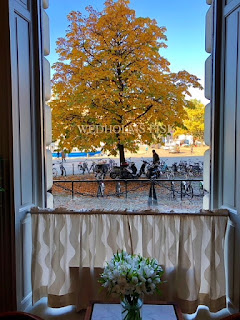 This was a work lunch and my boss was kind enough to choose a restaurant I have never been to, and a great one at that. Wedholms Fisk has been around since 1985 and was one of the first restaurants in Stockholm to be awarded a star in the Michelin Guide. These days, even if they don't have a star anymore, Wedholms Fisk is still considered the best seafood restaurant in Stockholm and one of the top ones in Sweden. They, along with others like Ulla Winbladh and Den Gyldene Freden, are one of those classic, legendary Stockholm restaurants. 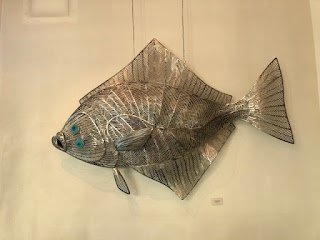 Seafood is what they do and they do it exceptionally well. If someone in your party doesn't eat seafood, don't worry... they do have a daily meat dish. Their menu has an interesting set up. It is categorized after fish or shellfish type. Sole, turbot, prawns, scallops, monkfish, etc.. Then after that you have a variety of choices on how the fish is prepared and served. For example, they have sole served four ways... maybe grilled with chantarelles and shallot-hollandaise or poached with trout roe and champagne sauce? 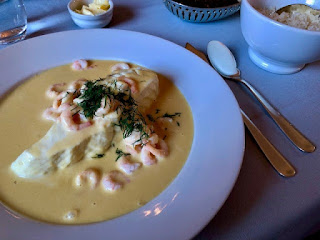 When I was there, I chose from their daily lunch menu and opted for the halibut with prawns, dill and champagne sauce. Wedholms is well known for their sauces and I probably would have eaten plywood if they had served it to me with that champagne sauce. Another thing Wedholms is known for is the size of their portions. You don't have to worry that you will go home hungry! The prices are quite high (even by Stockholm standards), but the quality of the seafood and the size of the portions won't leave you feeling cheated. 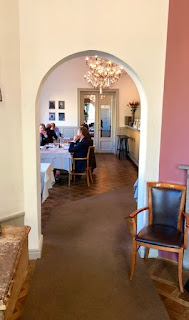 Wedholm Fisk's location on the waterfront of Nybroviken in the downtown area is both central and beautiful. Inside the design is very minimalistic and Scandinavian with large windows looking out on the quay where the archipelago boats are all lined up. The easiest way to get there from the Rival Hotel is either taxi (5-6 minutes) or subway (closest station is Kungsträdgården on the blue line). Click here for more restaurant recommendations and reviews. 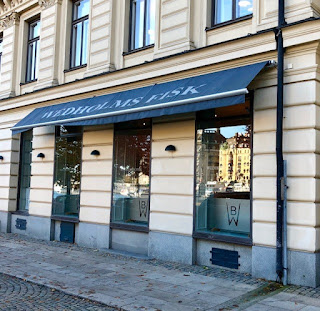