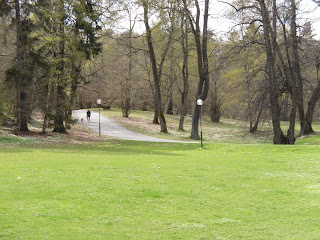 Last week I took a wonderful walk through Haga Park ("Hagaparken"), which is a vast nature area located on the northern outskirts of Stockholm. This English inspired park was founded through the initiative of Gustav III in the late 1700's and is the location of many interesting monuments, castles, ruins and museums. Haga Park has received a lot of interest of late since Haga Castle located in the park, will become the residence of the Crown Princess and her husband after their wedding on June 19th, 2010. Gustav III's presence is strongly felt through the 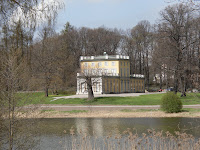 many temples, pavilions and gazebos erected by the king in the park. This includes The Copper Tents, The Echo Temple, The Turkish Kiosk and Gustav III's Pavillion. Also located in the park grounds are the ruins of a grander palace planned by the king and then abandoned after his assassination in 1792. 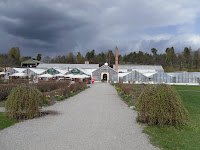 I really enjoyed the Butterfly House, a 800 sq meter greenhouse where you can wander through a tropical rain forest filled with hundreds of butterflies as well as frogs, fish, birds and other animals. Keep your eyes open for the Dwarf Partridges wandering on the paths. It is open daily (10-17:00 are their summer hours), year round, and costs 90 SEK for adults and half off for children between the ages of 4 and 15.

Feel like some excercise? It is a 12 kilometer jog/walk around the lake Brunnsviken on well marked paths!

To get to the park, take the commuter train from the Central Train Station going in the direction of Märsta and get off at the first stop (Solna). From there it is a 1,200 meter walk to the northern gate of Haga Park. Another option is to take bus #515 from Odenplan and get off after about 10 minutes at the Haga Norra (northern gate) stop.
Email Post
Labels: Haga Park park royal walk