Restaurants Closing For a Few Weeks This Summer- 2015 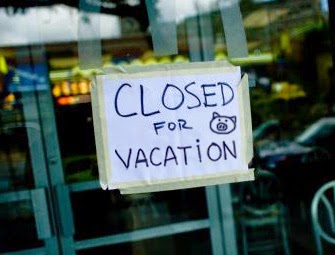 This post may come as bad news, at least for "foodies" visiting Stockholm in July and early August. Many top tier restaurants (Michelin star, gourmet) close for a few weeks during the summer. This is mainly due to the generous Swedish vacation rules and the fact that many top restaurants feel that they can't offer excellent food & service with summer replacement staff. Another reason, perhaps, is that many Stockholmers leave the city during this period and there aren't enough visiting "foodies" to fill these types of restaurants. No businessmen in town either... wining & dining clients. At any rate, the good news is that there are a few which will be open all summer and several other top restaurants have some other options during these weeks... and you always have a plethora of other great restaurants in the city to choose from! Most of these restaurants are also closed during the big Midsummer holiday weekend (June 19th-21st). More about that in a few weeks, but here is last year's blog article regarding the holiday and what to expect.

Don't despair though... there are still plenty of great restaurants open in Stockholm during these weeks. If you are staying at the Rival Hotel, contact me for more information. Our Bistro will be open every evening, all summer! I will be updating this list as I get more information from restaurants. Please keep in mind that I gathered some of this information from their websites and some of the dates may change. To be absolutely sure, check the restaurant's website (which I have linked above). The dates I have written above are for dinner service, lunch service may differ! I will soon be writing an article about summer-open restaurants... 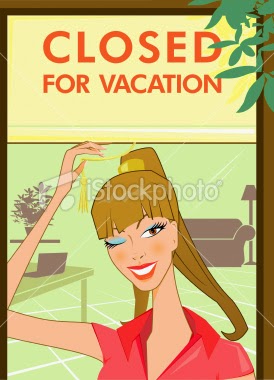