Ports and Docks in Stockholm for Cruise Ships

Summer is around the corner and soon the cruise ship season will start. Cruises in the Baltic Sea have become increasingly popular with such interesting stops like Copenhagen, Tallinn, Helsinki, St Petersburg and, of course, Stockholm. Copenhagen and Stockholm are the two ports where most Baltic cruises either start or end... which is great for us as it means more visitors and hotel nights. I get a lot of questions regarding the distance between the harbour and the Rival Hotel. It is actually not an easy question to answer. What many people don't understand is that there are four main ports servicing cruise ships in the Stockholm area, some closer than others. So the answer depends on which port the cruise ship will be docking at.
Here are the four ports and their distance from the hotel:
If you don't know which dock your cruise ship will be using, you can check the Ports of Stockholm's website. For more cruise port information, check Visit Stockholm's cruise page. And the Stockholm Cruise Blog has recently made a similar list which can be seen by clicking here. There are taxi queues at the different ports. Just stick with the main taxi companies (Taxi Stockholm, Taxi Kurir) to get the best prices. Prebooking a taxi transfer can sometimes be problematic as taxi companies want an exact pick-up time (more or less) and cruise ship guests often don't know exactly when they will be disembarking, just when the ship is due to dock. 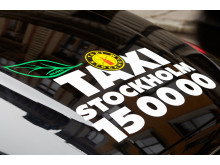