Tip #15 - Seeing a Movie in Stockholm

Want to take a break from sightseeing and take in a movie? Maybe you want to have a dinner & movie date with your loved one in a foreign city? It is quite easy for visitors from abroad to do just this in Stockholm. Sweden does not dub movies... which means that movies are all shown in their original languages, with Swedish subtitles. The only movies that are dubbed are children's movies, though even these are also shown in certain theaters/times in the original language with subtitles. So a family movie night is possible!
The only stumbling block is finding out which movies are playing when, as the schedules appear in Swedish newspapers and in websites with no English version. But this is easily overcome... either talk to me or the reception staff and we'll help you translate- or drop by the movie theater to see the schedule and buy tickets. There are two major multiplexes in downtown Stockholm. One at Hötorget (Filmstaden Sergel) and the other is just a 10 minute walk from the Rival Hotel at Medborgarplatsen (Filmstaden Söder). There are also individual movie theaters spread throughout the city. 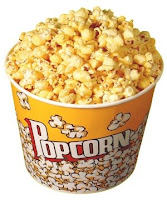